Hello there!  Shellye along with a set of "FRAMED SNOWMEN" tags that can also double as ornaments after the gift-giving is done! 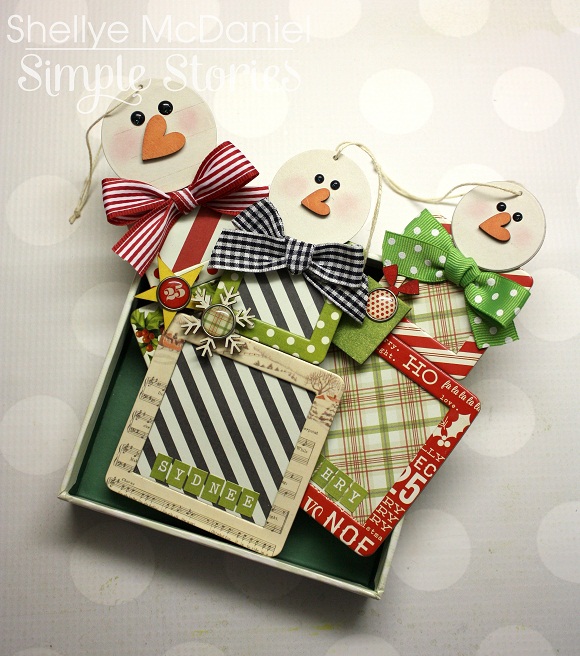 To start, I grabbed a few of the "Claus & Co." Chipboard Frames.  For each snowman, you'll need a large and small square, as well as a round chipboard shape for the head. 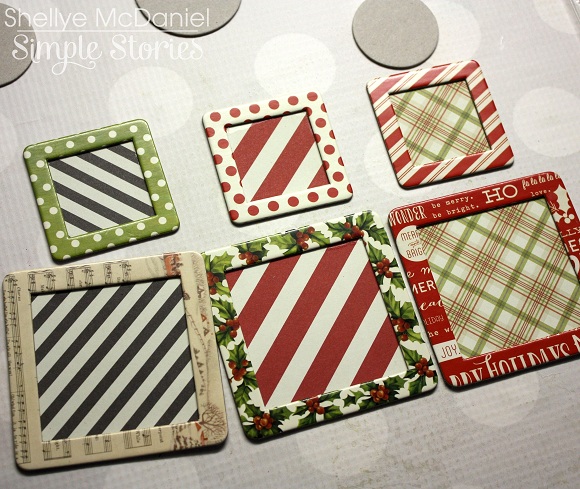 Next, I backed each of the frames with a matching-sized square of patterned paper from the 6X6 Paper Pad. 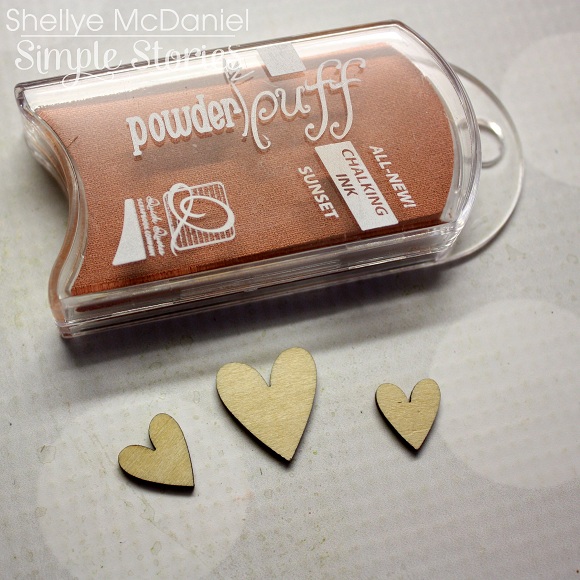 The heads were covered in an off-white pattern from a section of the "Ho Ho Ho" paper. For the noses I used smaller sized hearts from the "Wood Veneer" pack and inked them with a burnt orange chalk ink. 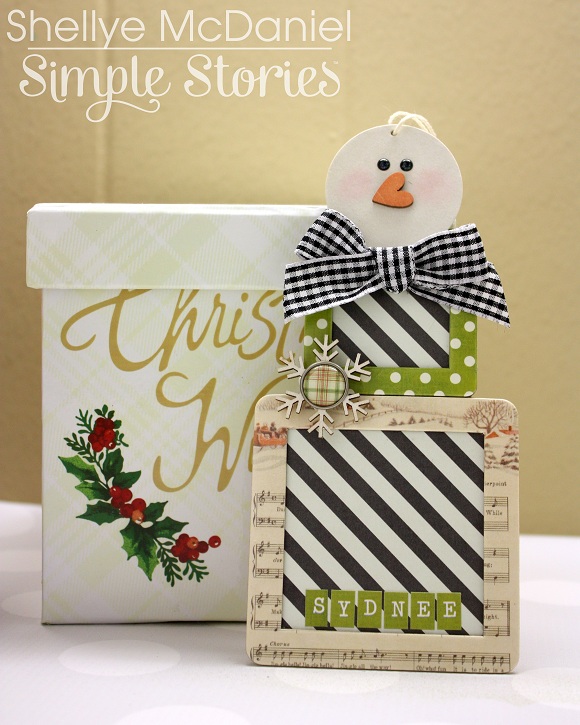 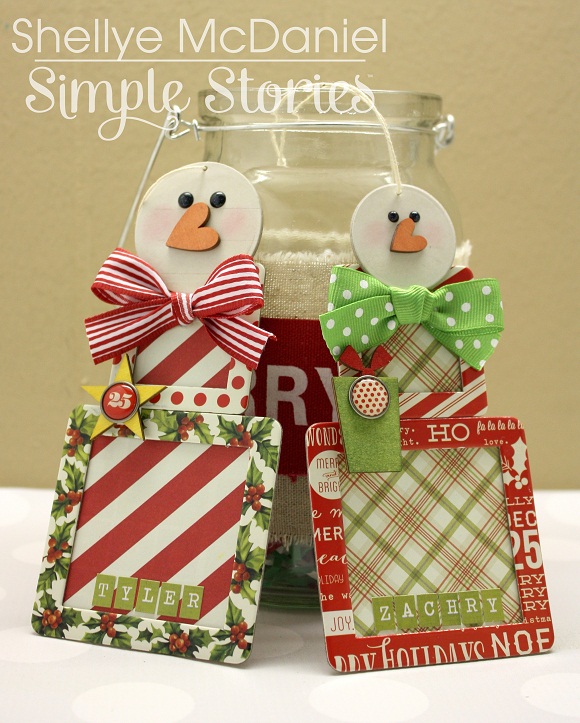 The cheeks were given some blush with pink chalk and black enamel dots were used for the eyes.
To adhere the small and large frame together, simply use a scrap piece of heavyweight cardstock or chipboard piece.  Make a bridge at the back with the material by gluing one end to the large frame and the other half to the smaller frame. 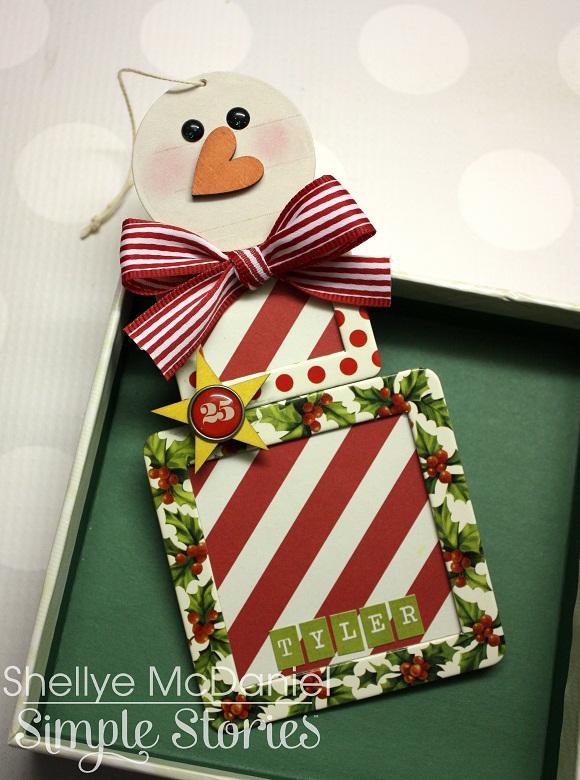 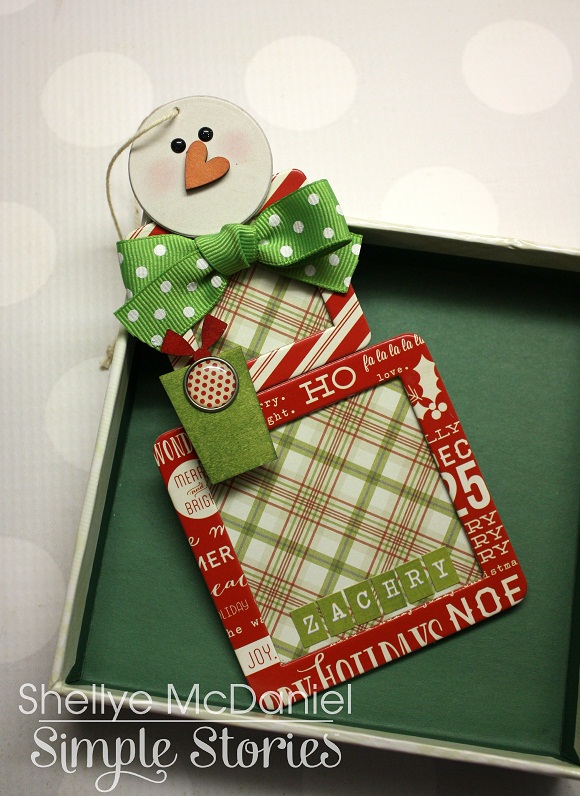 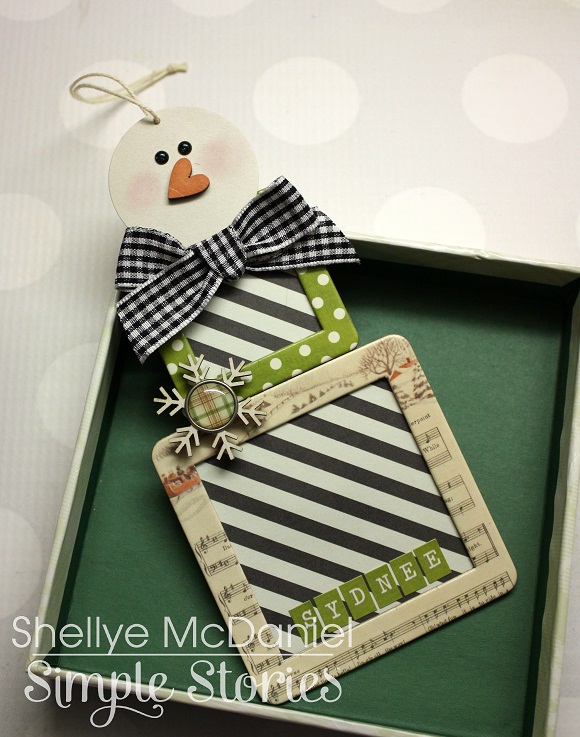 Now for the fun part...embellishing!  I added different Wood Veneer pieces (that I inked with various chalk inks) and then accented the centers with Bradz.  The smaller alphabet stickers from the "Expressions Cardstock Stickers" were used to personalize with the snowmen. 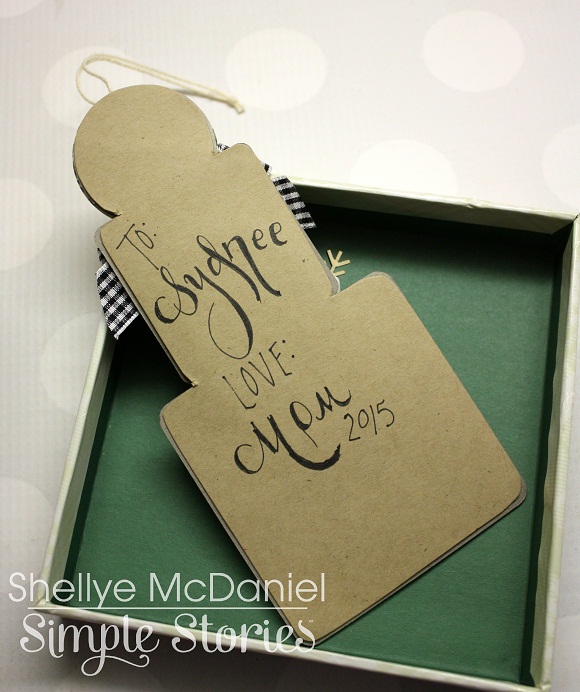 To give a nice, finished look (as well as make into a gift tag), I traced the entire snowman onto a piece of cardstock and then trimmed out and glued to the back.  Use stickers or fancy hand-writing to add your To and From :) 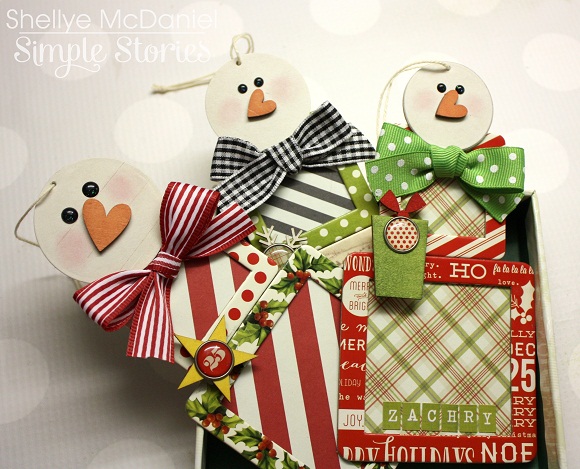 With a small hole punched at the top, tie some string or twine through and your tag-ornament is framed and ready to go!

I hope that you enjoyed this fun Christmas craft and will give it a try!